Hancock had net assets of $20.4 billion at June 30 while its gearing ratio (debt to equity) has been cut from 55 per cent to 1 per cent over the past three years. That gives it enormous capacity to pursue expansion. This would include a rail spur linking to the Roy Hill railway, which carries nearly 60mtpa to Port Hedland. Hancock’s wholly owned subsidiary, Atlas Iron, is also focused on growth, with its 10mtpa McPhee Creek project progressing through a feasibility study. 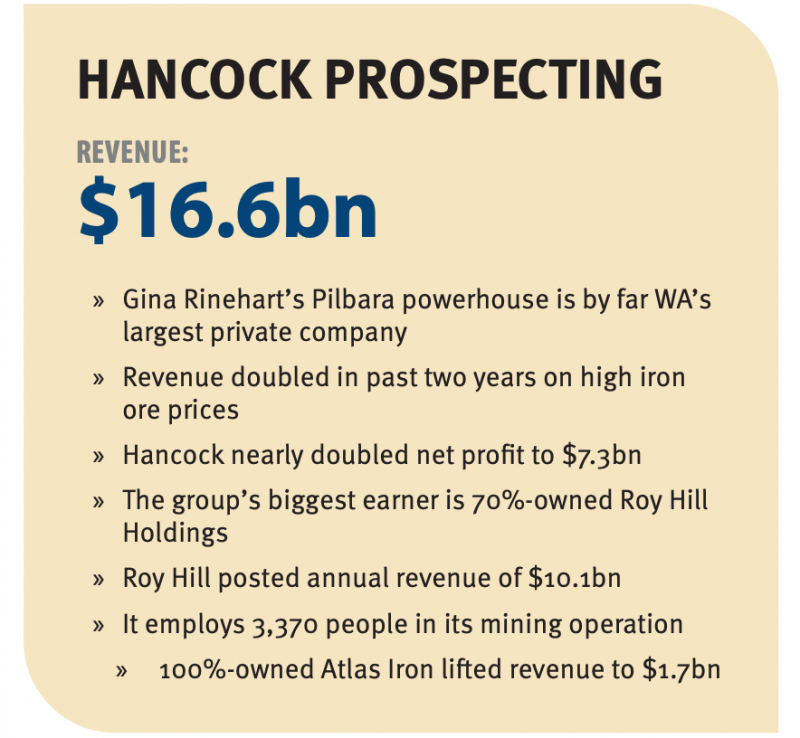