Australia is set to reap a budget windfall from booming iron ore prices and a stronger than expected economy and labour market, with a leading economist predicting a massive improvement over the government’s forecasts in its Mid-Year Economic and Fiscal Outlook in December.

Article by David Rogers courtesy of the Australian 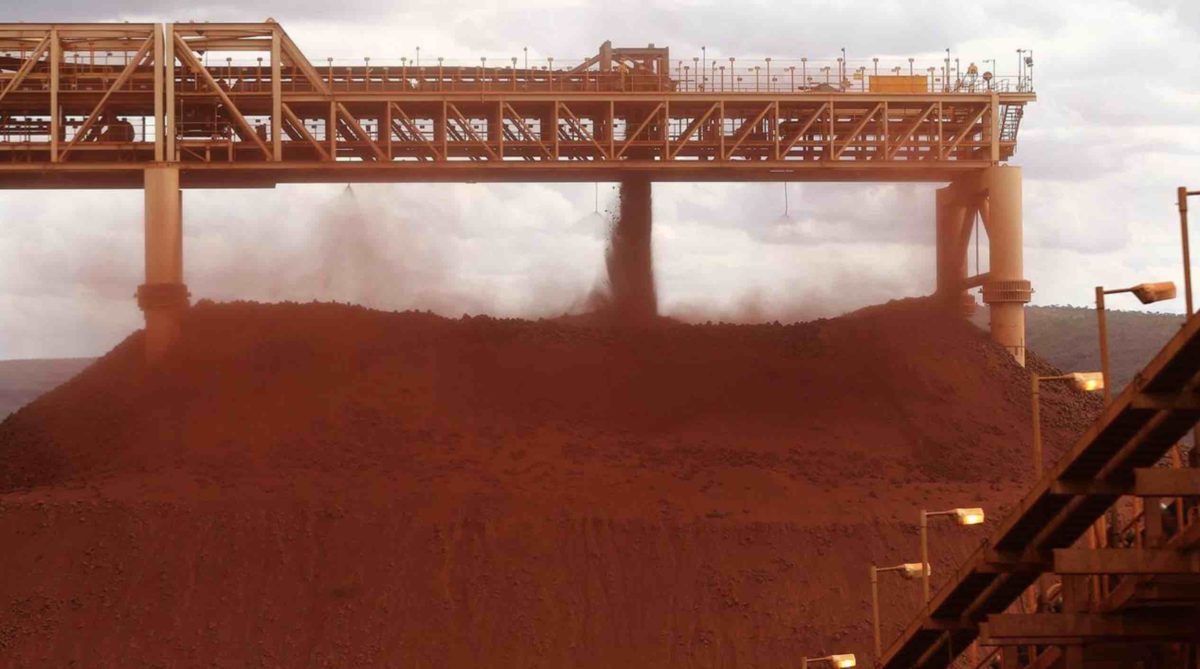 Australia is set to reap a budget windfall from booming iron ore prices and a stronger than expected economy and labour market, with a leading economist predicting a massive improvement over the government’s forecasts in its Mid-Year Economic and Fiscal Outlook in December.

With the budget deficit undershooting MYEFO estimates by an average of $8bn in the past two months, a continued improvement at that pace could see the 2020-21 budget deficit come in as much as $54bn less than the projected $198bn deficit.

That could lead to a material reduction in the federal government’s funding task for the next financial year, eventually weakening the case for further bond buying by the Reserve Bank and potentially creating market distortion because of the high proportion of bonds owned by the central bank, according to UBS Australia chief economist George Tharenou.

Australia’s monthly budget in February materially beat the implied profile from the MYEFO by an even larger margin, tracking $23bn ahead of those projections thanks to a stronger-than-expected economy as well as sustained strength in commodity prices, particularly iron ore.

A stronger-than-expected Chinese and global economy has helped cause much higher-than-expected commodity prices, especially iron ore which has averaged more than $US150 a tonne in recent months versus MYEFO’s assumption of retracing very sharply to $US60 a tonne over coming months.

It comes after the latest Resource and Energy Quarterly prepared by Canberra’s Office of the Chief Economist predicted that Australia’s iron ore exports would rise by more than a third this financial year to a record $296bn in 2020-21, as iron ore exports boom to $136bn from $100bn a year before.

The Office of the Chief Economist’s latest forecast for iron ore exports this financial year is 11 per cent higher than its December forecast of $123bn, reflecting stronger-than-expected Chinese demand and persistently high prices, following repeated cuts in Vale’s production guidance.

But on a conservative estimate and allowing for the possibility of new fiscal policies in the May budget and Mr Tharenou has pencilled in a $35bn improvement in the deficit to minus $163bn.

“Furthermore, looking ahead, we reiterate the much better ‘starting point’ of $35bn for the deficit will automatically ‘carry over’ to 2021/22, and hence it should also be up to $50bn smaller than MYEFO’s forecast of minus $108bn.”

The materially stronger-than-expected economy and labour market is the main driver of the improvement, since there has been no major change in fiscal policies since MYEFO.

“Specifically, the decline in the recipients on JobSeeker — unemployment benefits — and JobKeeper — wage subsidy — has been much more rapid than expected,” he said.

The number on JobSeeker fell back further in February to 1.4 million, down about 300,000 from the peak of 1.7 million in August 2020. Meanwhile, JobKeeper recipients dropped about 500,000 in January to under 1 million, and UBS expects a “large further decline” by the scheduled end in March, far better than the MYEFO assumption of about 1.25 million.

“Notably, in February, revenue has not shown the extent of weakness expected in MYEFO, while expenses moderated in the last couple of months to about 13 per cent year on year, down from the spike to a peak near 100 per cent year on year during the lockdown,” Mr Tharenou added.

If the economy continues to materially improve, Mr Tharenou said the federal government’s bond issuance could be revised down sharply to about $95bn versus his prior expectation of $130bn and much lower than his 2020-21 forecast of $210bn.

“With the RBA committed to its QE purchases of a further $100bn of bonds from April to August, unless they taper thereafter, the RBA will be buying far in excess of the flow of issuance, and by the end of 2021 will own $300bn, or more than 40 per cent of Australian Government bonds … but the economic argument for further easing is weakening, and the RBA also risks creating market distortions,” he said. 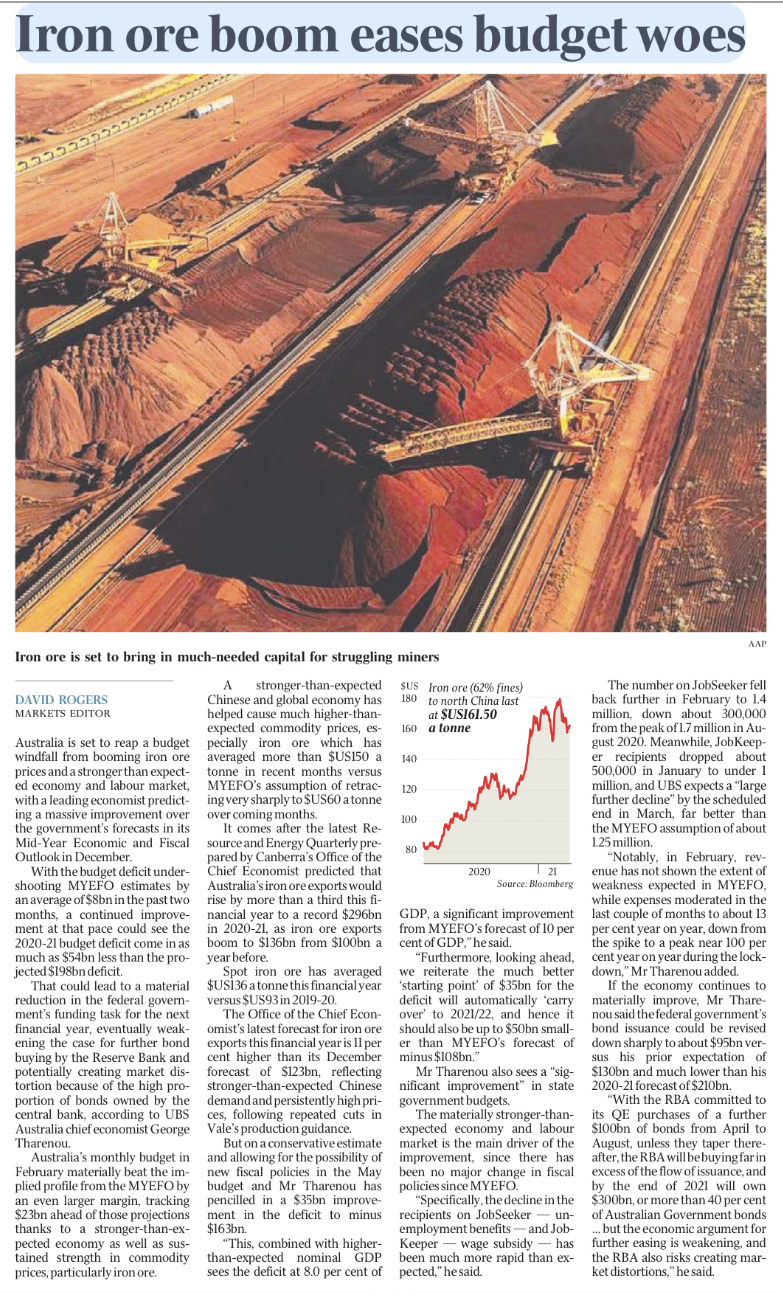