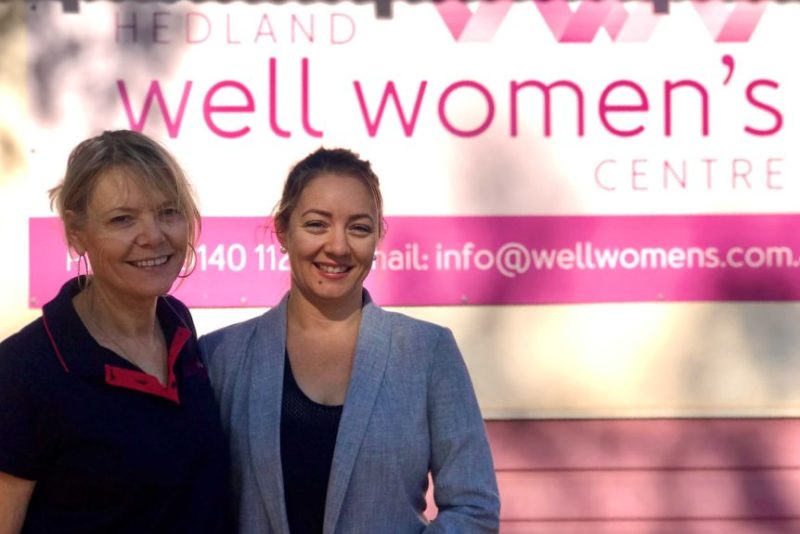 Cancer can be a lonely disease, especially in towns dotted around the vast WA outback. Trish Littlewood began her treatment for stage-four melanoma feeling isolated, so she helped start up a support group in her remote community.

Trish Littlewood had felt unwell for some time, but that still didn’t prepare her for the news — delivered as if by accident in a doctor’s surgery — that she had stage-four melanoma.

Two small dots on her lungs.

“He started chatting about something else and then he said, ‘and because it’s cancer, we’ll have to do so-and-so’,” she said.

“And then he looked at me horrifyingly and said, ‘oh, you don’t know?’ And then he started reading the notes from the biopsy.”

Her GP told her she would have surgery in Perth, 1,600 kilometres away from her home in Hedland, in WA’s Pilbara region, and perhaps some radiation.

“I packed my bags, went off to my first oncology appointment, and was horrified to find out I was being handed three trial drug options that I had to chose from. My overnight bag sat beside me, with my hand shaking on top of it,” she said.

“Arriving back with those three options in large content, the words, the language, it was probably a 10-page piece of information for each trial, each option I had to choose, no idea, I had no idea what I was doing.

“And of course got back to Hedland and discovered I had nobody to talk to up here either.”

Cancer can be a lonely disease, especially in towns dotted within the remote stretches of the vast Western Australian outback.

‘You deal with it yourself’

In Port Hedland, it’s estimated there are about 200 patients at any one time.

After diagnosis it’s a rollercoaster, involving air travel to Perth every three weeks for treatment or scans, negotiating unfamiliar hospitals and hotels and thick forms.

Back home, there are no ongoing local support services, nor is there a local oncologist.

While she underwent treatment she was allowed to bring a support person — her husband, Darrell.

“It’s those little things, when you’ve got no energy, when your support person is more worried than you are. You deal with it yourself,” Mrs Littlewood said.

“That journey I found really, really (difficult). I struggled with it.

“No family up here, you’re living remotely, what do you do?

“And how do you explain it to your family back home? There was nobody to tell me how to do that, either, and that would have been very beneficial.

“And I ended up not telling them. And I ended up in a lot of trouble two years down the track when they realised how sick I’d been.”

At the Hedland Well Women’s Centre, a community health hub in the Pilbara town of South Hedland, stories like Mrs Littlewood’s are not new.

But they are becoming more and more common. Many women say they have found themselves desperately alone as they embark on the fight of their lives.

Beryl Parker said she turned to the Hedland Well Women’s Centre in desperation two years ago after she found out she had stage-two breast cancer.

“When I was told I had breast cancer, (it was) like nothing else existed,” she said.

“I was pretty much in shock. I had no-one else with me, because I believed it was just an infection in my glands, and antibiotics would clear it up, and to be told I had breast cancer was just, wow.”

She was handed a list of breast cancer surgeons in Perth and told, as a public patient, she would need to find one that would “take her on”. She did, and then the chemotherapy treatment started.

“I’d had a couple of rounds of chemo feeling very unwell and sorry for myself, and I needed someone to talk to, and I didn’t know who to talk to,” Ms Parker said.

“So I thought I’d give these Well Women people a try. I walked in the door and had a really big cry with Jill (office manager Jill Byrne). She said ‘we don’t have anything at the moment, I don’t know what we can do.”

“There was about five of us (who) met at Muffin Break. We had a good chat about it. I found I wasn’t wrong in how I was feeling,” she said.

Women take matters into own hands

The Well Women’s Centre has been an institution in Hedland for 30 years, partly funded by miner BHP and the State Government.

CEO Rebekah Worthington said it took a holistic view to health, offering everything from nutrition advice with dietitians to social events and a chat service that was accessed 500 times a year.

“The centre began because of an amazing action group of women who took matters into their own hands, wanting to see improvements for women’s health in Hedland,” Ms Worthington said.

“Coming here is isolating geographically and socially, so the centre kind of began out of that and it’s been growing for 30 years.”

Office manager Jill Byrne, Ms Worthington’s mother and a cancer survivor herself, said the stories of women like Ms Parker started to strike a chord.

“They were just going through treatment, and they had no idea how to get some support and how to navigate some of the PATS (patient assisted travel scheme) forms and things like that,” Ms Byrne said.

“We decided we need to try and make a difference, and let’s try and help these people.”

The centre is a strong fundraiser for national breast cancer research, raising about $300,000 at annual events over about 10 years.

Two years ago it decided to focus on local women instead and raised $38,000, in just a few hours, at its first Pink Pilbara Breakfast for a new not-for-profit in Karratha called Reach Us.

Last year they raised $46,000 in two hours for a new cancer support group open to everyone touched by cancer: men, women, children, family members and carers.

Mrs Littlewood said the group was nervous at first, but the gamble paid off.

“We recognised that we weren’t servicing our local community and our heartstrings of course belonged there,” she said.

“We realised that we do need financial resources to reach out to help these people, to get the partner on a plane if they can’t get there, to feed the dogs, to take the kids to school, whatever it might be.

“We stepped out on a limb and it worked perfectly well for us.”

Bridging the gap in regions

It is teaming up with community-based healthcare organisation Solaris Cancer Centre to set up a two-year $500,000 program, involving a part-time cancer support nurse, a part-time specialist cancer counsellor and other support services.

It’s being funded by the Rinehart Medical Foundation, set up by iron ore magnate Gina Rinehart.

“This is an opportunity for us to bridge the gap between metropolitan and regional cancer services, specially for Pilbara-based cancer patients and their families,” Ms Danby said.

“It’s to support their cancer experiences, even on their journey they might need a greater level of understanding around what their diagnosis means and what the impacts will be on them and their family, or it might be that they talk about how their body changes.”

The women at the centre say they feel as though they’ve won the lottery.

For Mrs Littlewood, it wasn’t until she had recovered from the cancer that she felt the full emotional impact of her journey.

“Once I had the all clear, that’s when my wheels came off,” she said.

“The group allowed me to talk about my journey, even though by that stage it was 18 months old, I hadn’t realised that I really needed to tell somebody just how awful it was.”