One of Gina Rinehart’s most trusted lieutenants says Australia’s political leaders must looks at ways to reduce cost burdens like payroll tax ahead of an inevitable fall in iron ore prices. Article by Brad Thompson courtesy of the Australian Financial Review. 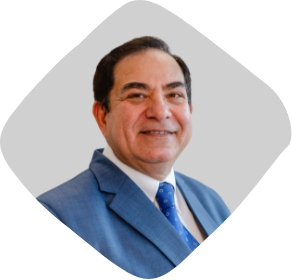 One of Gina Rinehart’s most trusted lieutenants says Australia’s political leaders must looks at ways to reduce cost burdens like payroll tax ahead of an inevitable fall in iron ore prices.

Atlas Iron chief executive Sanjiv Manchanda said the performance of the mining sector and high iron ore prices were boosting government revenue for now, but politicians needed to think ahead.

“This [iron ore] pricing will reduce over time as supply from other parts of the globe, from current and new projects, come into the market,” he said.

“It’s critical that Australian producers and government look at costs and how these can be reduced, particularly government tape and compliance costs and eliminating payroll tax.”

“Some of the key areas we’d like reviewed is for government to look at reducing tape burdens and tax write-offs for upgrading plants that allow us to take advantage of changed Fe [iron] grade requirements.”

‘Our operating model is different and more agile’

In an address to the West Australian Mining Club, Mr Manchanda outlined how Atlas went about its business as an operator of relatively small, short life mines in the Pilbara in the shadows of iron ore giants Rio Tinto, BHP, Fortescue Metals Group and its much bigger Hancock Prospecting stable mate Roy Hill.

Mrs Rinehart, Australia’s richest person with a fortune of $35.6 billion, has been so pleased with Mr Manchanda’s leadership of Atlas that one of its new mines was recently re-named Sanjiv Ridge in his honour.

Mr Manchanda said Atlas, purchased by Hancock in 2018 after a three-way takeover tussle with Andrew Forrest Fortescue Metals Group and Chris Ellison’s Mineral Resources, had niche expertise which allowed it get value from smaller deposits that would not be economically attractive to larger operators.

“Our operating model is different and more agile relative to that of larger iron ore producers,” he said.

Atlas works around small ore bodies with the life of mine typically five to seven years. It also runs a 100 per cent road haulage model which operates around the clock, 365 days a year.

Mr Manchanda said Atlas prided itself on rehabilitating former mine sites to a high standard and ahead of schedule in the cycle of seeking regulatory approvals for the next project.

“Atlas has proven time and again, given we have already opened and closed multiple mines, that once the mining is complete, the land is returned well rehabilitated,” he said.

“Stakeholders can actually see the quality of the job we’ve done, just like we said we would do. And, we typically do it in less time than we’re given. This is expensive to do.

“Many in the bush know if we let nature take its course, revegetation would otherwise naturally occur.

Sanjiv Ridge is set to extend the life of Atlas’ operations by five to six years with an expected five million tonnes a year of lump and fines to be hauled by road to the Utah Point stockyard at Port Hedland.

Mr Manchanda said Miralga was an extension of the former Abydos mine and construction would start in mid-2021 subject to final approvals. The project is expected to produce 2.5 million tonnes a year over a three to four year mine life.