It is one of the most isolated major cities on earth, boasts some of the world’s finest beaches and is mercifully Covid-19 free. But Perth – which straddles the banks of the Swan River on the shores of the Indian Ocean – has another key attraction. The sun-drenched city is the capital of Western Australia, the world’s largest supplier of iron ore.

Article by James Salmon courtesy of the Daily Mail. 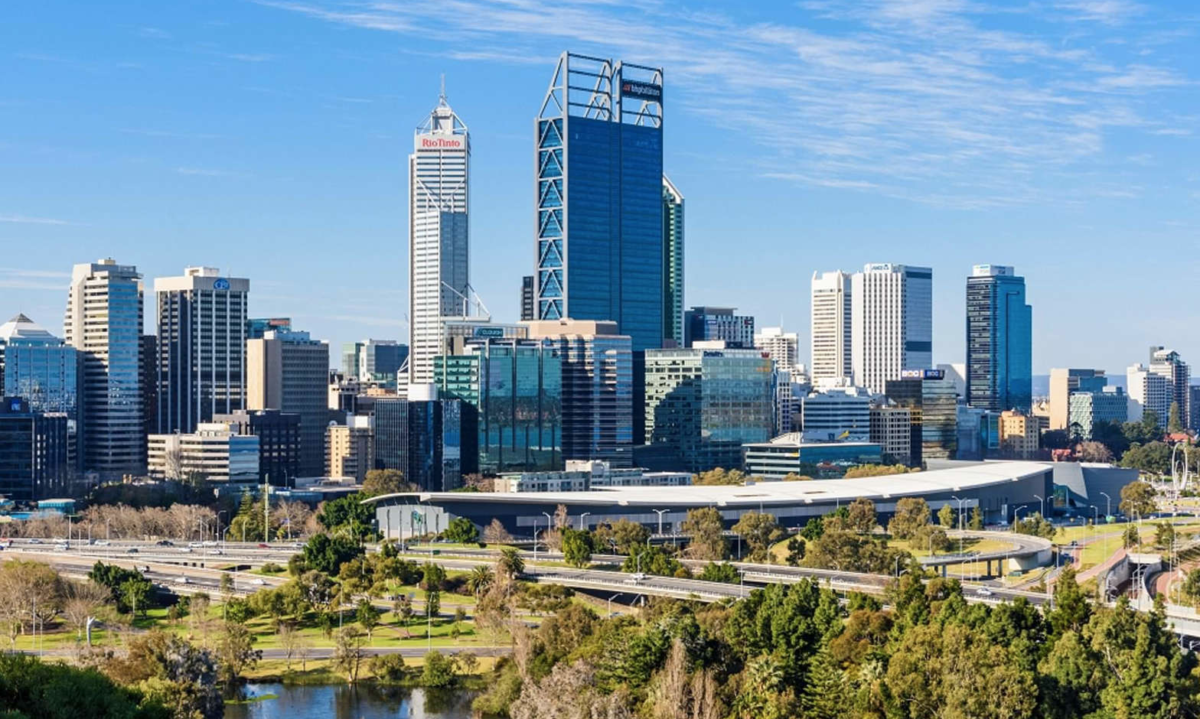 It is one of the most isolated major cities on earth, boasts some of the world’s finest beaches and is mercifully Covid-19 free.

But Perth – which straddles the banks of the Swan River on the shores of the Indian Ocean – has another key attraction.

The sun-drenched city is the capital of Western Australia, the world’s largest supplier of iron ore.

This precious commodity, used to make steel, is Australia’s biggest export, with record iron ore prices of more than $200 a ton helping to power the country’s rapid recovery from the Covid crisis.

The bulk of it is mined in the Pilbara region, roughly 800 miles north of Perth.

This desolate expanse – home to more than 31 Aboriginal groups – is also host to a large network of mines all dedicated to digging up the riches lying underneath the arid red earth.

The dominance of the mining industry in this part of the world is clear for all to see in Perth’s elegant skyline, with the names of FTSE 100 mining titans Rio Tinto and BHP Billiton emblazoned at the top of the city’s two tallest skyscrapers.

Just down the road are the headquarters of Fortescue Metals Group, the world’s fourth largest iron ore producer behind Rio, BHP and Brazil’s Vale.

Its founder and biggest shareholder, Andrew ‘Twiggy’ Forrest, is Australia’s second richest man with an estimated fortune of £12.9billion.

The top spot is taken by fellow Perth-based iron ore magnate Gina Rinehart, who has amassed a cool £16.2billion as the head of Hancock Prospecting, the mining firm started by her late father Lang Hancock.

Together the duo – known in mining circles as the ‘Pilbara red dirt twins’ – are the biggest corporate cheeses in town.

Their fortunes have soared in recent months as iron ore prices have risen – another 10 per cent to more than $226 a ton yesterday. Copper, meanwhile, hit a record high of $10,747 a ton.

The iron ore boom is being driven largely by the insatiable appetite for steel from China, Australia’s biggest trading partner and the largest consumer of iron ore on the planet.

More than 80 per cent of the iron ore that is dug out of the ground of Western Australia is shipped to the world’s most populous country.

But demand has ramped up as China has embarked on a gargantuan post-Covid infrastructure spending spree under President Xi Jinping.

The appetite for iron ore has also increased to a lesser extent around the world as other countries emerge from lockdowns and start building again.

One of the biggest beneficiaries has been Rio Tinto, which is expected to dish out £7billion in dividends this year, up from £4.3billion last year.

The increase in demand from China for Australia’s iron ore has come despite growing tensions between the two countries.

Relations have deteriorated further over the last year after prime minister Scott Morrison bravely led calls for an inquiry into the source of the Covid pandemic.

But it has been forced to hold its nose and buy iron ore from Down Under in vast quantities – because it has no choice.

Beijing is trying to reduce its dependency on Australia, and is investigating a number of possible iron ore mines in Africa, including large deposits in Gabon and Madagascar.

Its biggest hope is the proposed Simandou iron ore mine in the Nzerekore region of Guinea, which is part owned by Rio Tinto.

None of this poses a real threat to Australia’s stranglehold on the market – at least in the foreseeable future. Nobody, however, is under the illusion that the iron ore bonanza can last forever.

China’s appetite is expected to taper off, while supply in Brazil and Australia is forecast to rise as new mines are opened and old ones brought back into production.

Shaw predicted prices will remain strong well into the second half of the year, before falling sharply. Rio’s chief executive of iron ore, Simon Trott, also said prices are likely to decline as demand from China eases.

Russ Mould of AJ Bell said that miners were the biggest dividend payers in the FTSE 100 last year, handing out £10billion.

This year, he expects them to pay a massive £16billion – or 21 per cent of the total – with profits at Rio and BHP set to double.

So for the short term at least, investors can expect to do very well indeed from the iron ore lying underneath Pilbara.