On Friday April 8, 2022, Atlas Iron hosted a signing ceremony with the Hon Dan Tehan, Minister for Trade, Tourism and Investment, whereby Atlas Iron was appointed as the manager of joint venture development of the Mt Bevan magnetite project.

This event represented another significant milestone and came a day after joint venture partners Legacy Iron, Hawthorn Resources and Hancock Prospecting announced the project would progress to pre-feasibility stage.

Atlas Iron CEO, Sanjiv Manchanda, was pleased to welcome Rebecca Brown, Director General, Department of Jobs Tourism Science and Innovation and a number of other special guests to the event.

The project could be a multi billion dollar development with the magnetite potentially used as an input in Indian steel mills. Of significance is the fact that it is the first Australian-Indian joint venture announced since the Australia-India Economic Cooperation and Trade Agreement was signed. 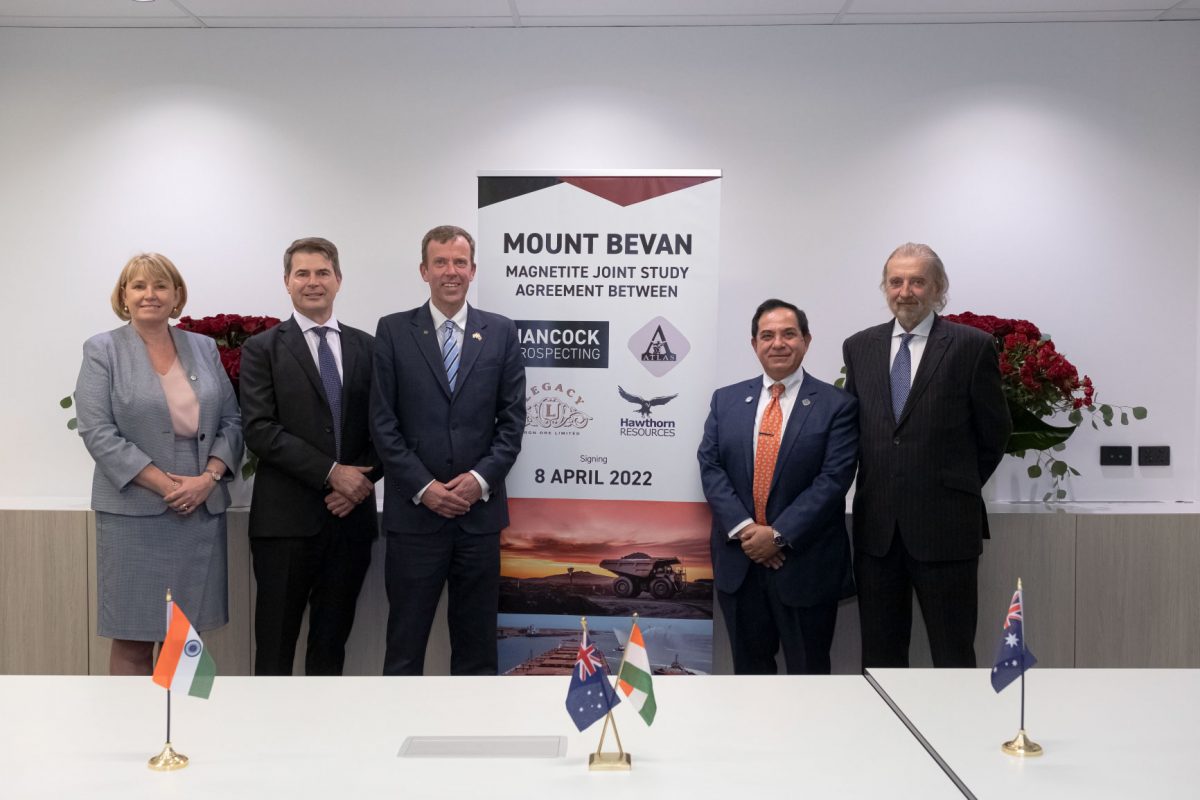 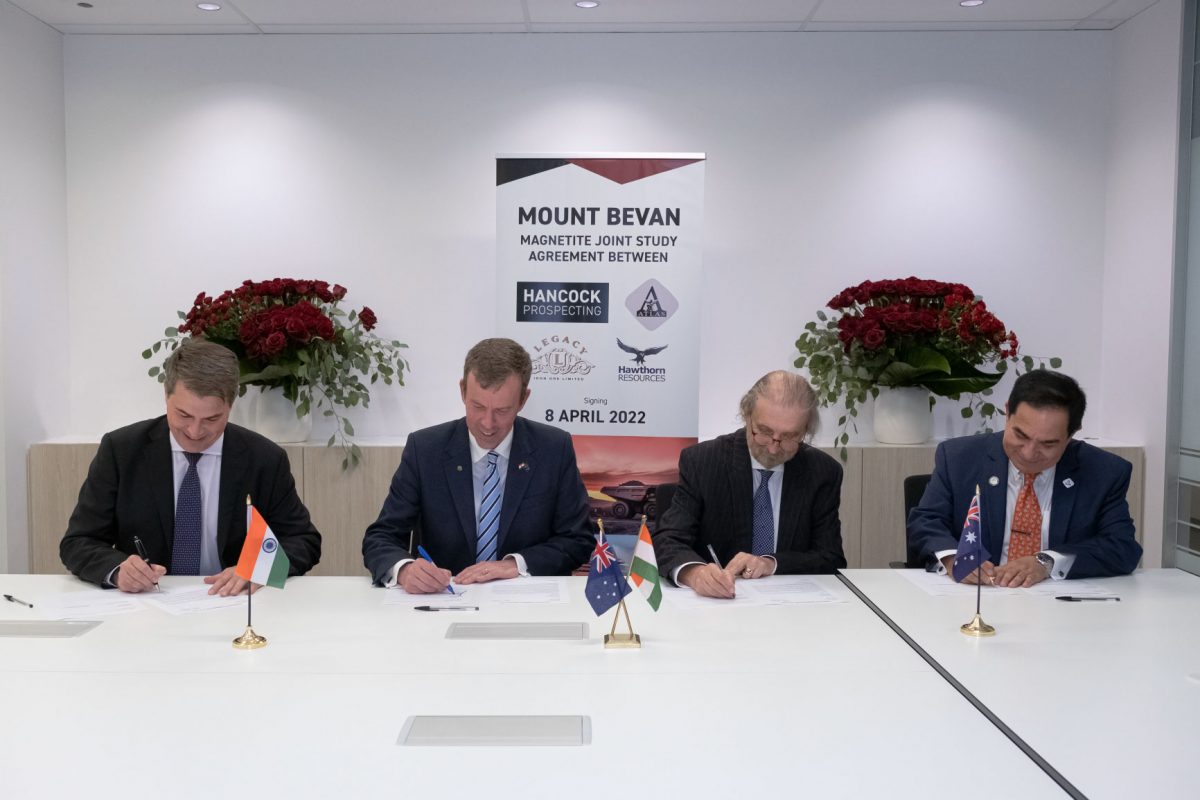 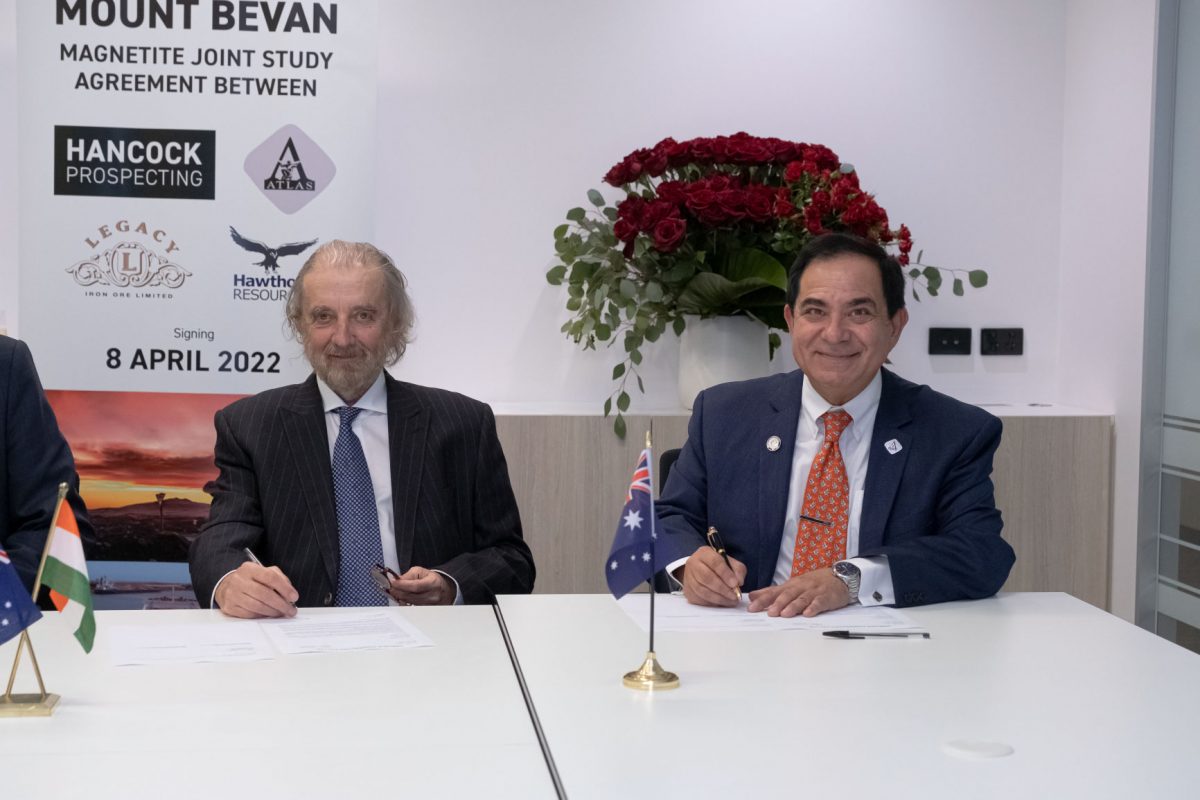