“Australia’s minerals industry paid record taxes and royalties to federal, state and territory governments in 2019-20 even as the COVID-19 pandemic started to push the economy into recession,”

Article by Geoff Chambers courtesy of the Australian 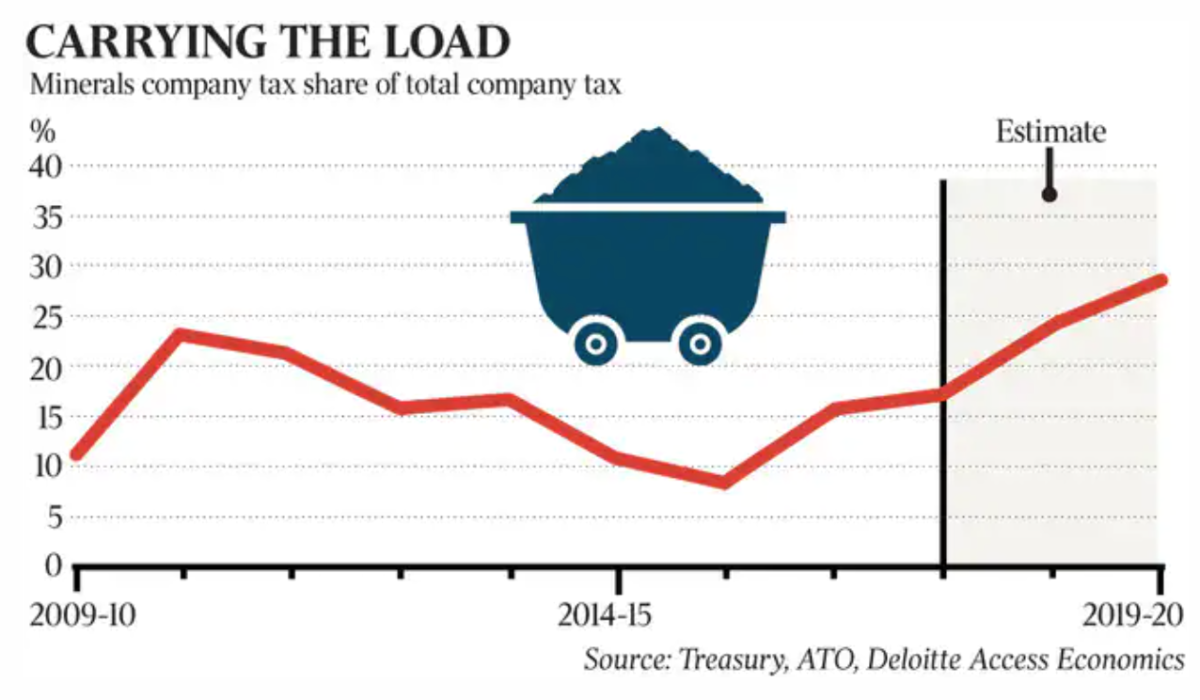 Australian mining companies delivered a record $39.3bn windfall for federal and state governments last year, with surging demand for iron ore offsetting a decline in the value of metallurgical and thermal coal exports.

Analysis by Deloitte Access Economics reveals that miners in 2019-20 paid $15.2bn in state and territory royalties and $24.1bn in company taxes, about half the annual Defence budget.

The Deloitte report, commissioned by the Minerals Council of Australia, showed the resources sector contributed 30 per cent of all federal company tax payments.

“Mining profits are expected to improve throughout 2020-21 in line with higher prices and export volumes for Australian resources, outweighing a decline in the value of coal exports,” she said.

Since 2010-11, federal, state and territory governments have received almost $238.8bn from the mining sector, including $106bn in royalties and $133bn in taxes.

“Australia’s minerals industry paid record taxes and royalties to federal, state and territory governments in 2019-20 even as the COVID-19 pandemic started to push the economy into recession,” she said. “Australian minerals industry always pays its fair share of tax while providing royalties to state governments to pay for improved roads, hospitals and other infrastructure and services.” The Deloitte report said in 2019-20, royalty payments in Western Australia “rose significantly while falling everywhere else. WA’s share of mineral royalty payments climbed from 46 per cent in 2018-19 to a six-year high of 56 per cent in 2019-20.

Strong iron ore production has been the biggest driver of this change, although a fall in coal output, which especially hurt royalty payments in NSW and Queensland, also contributed.

“The value of Australian iron ore exports rose from $77bn in 2018-19 to $102bn in 2019-20, with both price and export volumes increasing during the year. By contrast, over the same period, metallurgical coal exports fell from $44bn to $30bn and thermal coal dropped from $26bn to $20bn as prices plummeted 29 per cent and 36 per cent respectively.” Deloitte said the outlook for Australia’s resources sector 2020-21 was positive, with demand expected to remain at strong levels. “The economic recoveries of Australia’s key trading partners in 2020-21 has driven demand for Australia resources even higher, with total exports expected to climb by $38.9bn in 2020-21.” “Importantly, iron prices remain at a nine-year high.”