Booming iron ore exports on the back of a global economic rebound linked to stimulus measures and supply shortages following the COVID-19 pandemic are expected to drive Australia’s resources and energy exports to a record $136bn.

Article by David Rogers courtesy of the Australian 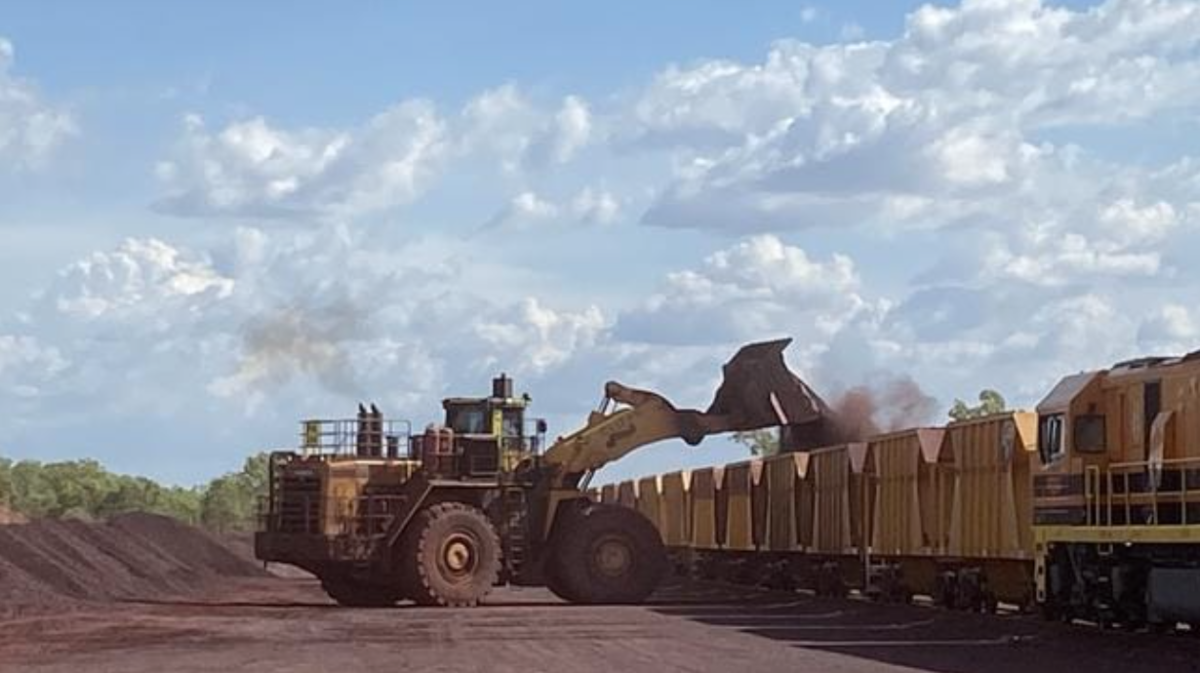 The stunning rise in iron ore earnings comes as strong demand from China and a recovery in American, Japanese, South Korean and European demand magnifies the impact of ongoing supply problems in Brazil.

Booming iron ore exports on the back of a global economic rebound linked to stimulus measures and supply shortages following the COVID-19 pandemic are expected to drive Australia’s resources and energy exports to a record $136bn.

After topping the $100bn mark for the first time ever in the 2020 financial year, the inflation-adjusted value of Australian iron ore exports will jump by more than a third this financial year, according to the latest Resource and Energy Quarterly prepared by Canberra’s Office of the Chief Economist.

The stunning rise in iron ore earnings comes as strong demand from China and a recovery in American, Japanese, South Korean and European demand magnifies the impact of ongoing supply problems in Brazil. The spot price of iron ore fines has so far averaged about $US136 a tonne this financial year — a 46 per cent increase from financial 2020 when it averaged $US93.

The export income from iron ore alone this year is set to eclipse the entire combined annual earnings of LNG, metallurgical coal, gold, thermal coal, oil and several base metals.

The figures underscore Australia’s overwhelming reliance on China as an export market, with annual resources and energy sales of $127bn representing more than the combined annual sales of the next five largest export markets, including Japan, South Korea, Taiwan and India.

The Office of the Chief Economist’s latest forecast for iron ore exports this financial year is 11 per cent higher than its December forecast of $123bn, reflecting stronger-than-expected Chinese demand and persistently high prices, following repeated cuts in Vale’s production guidance, the report says

Australia’s export volumes are expected to grow from about 900 million tonnes per annum in 2020-21 to 1.1 billion tonnes by 2025-26, as several mines open or expand in Western Australia.

The March 2021 edition of its Resources and Energy Quarterly — which doesn’t necessarily reflect the view of the federal government — sees resource and energy exports hitting $296bn in 2020-21 before easing to $288bn next year and then stabilising until at least 2025-26.

Compared to March 2020 — when it last provided a five-year outlook, rather than its usual two-year horizon — the Office of the Chief Economist said Australia’s export earnings were now forecast to “hold up much better”. 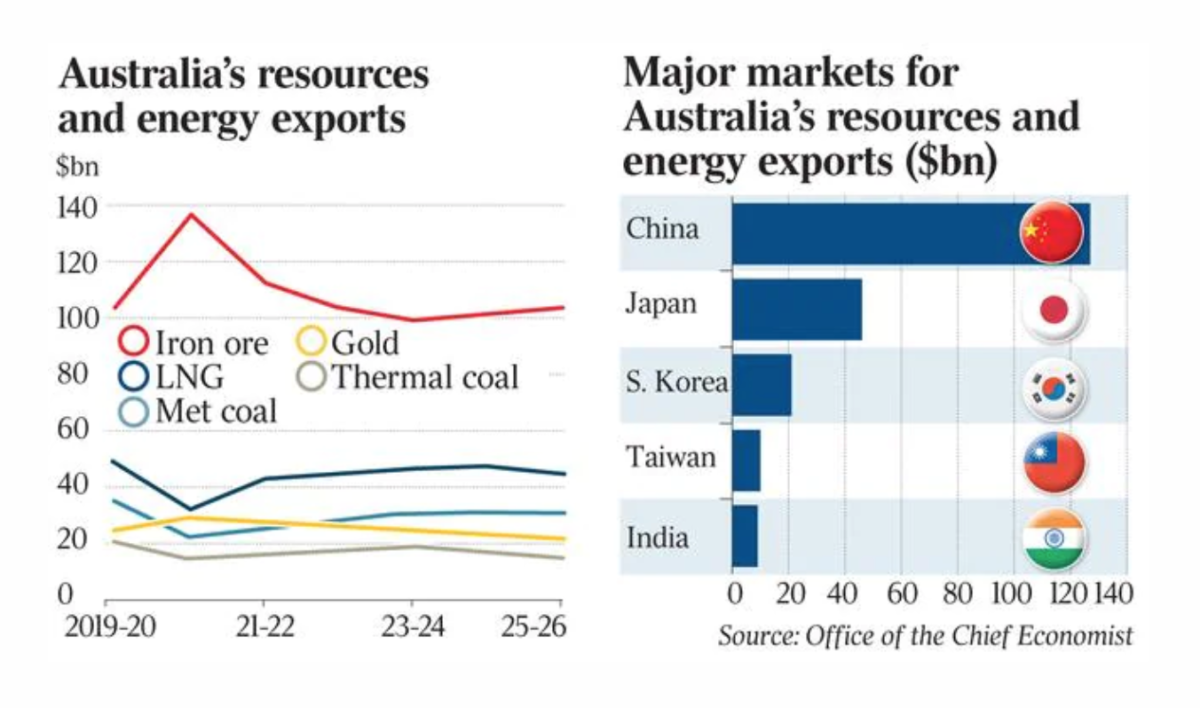 The report says that despite further waves of COVID-19 in many of the world’s major economies, Australian miners have found their product in “high demand”, helped by the impact of unprecedented stimulus measures from central banks and governments overseas.

Elevated infrastructure spending is expected to see China’s construction and manufacturing activity expand throughout 2021, generating strong demand for base metals as well as iron ore, before a projected slowdown in subsequent years, as infrastructure-led stimulus slows.

The report notes that the recovery in global industrial production is supporting commodity prices.

“This rising optimism has led to predictions of a new commodities ‘super-cycle’ across 2021, as economies are fuelled by large government and central bank support,” it says.

It notes that the rapid economic development of China — starting at the beginning of the century, and helped significantly by that nation’s admission to the World Trade Organisation — brought about the last commodity supercycle.

“With a similar sized (but younger) population, India could eventually replicate China’s extraordinary demand for resource and energy commodities,” the report says.

It notes that base metals have recovered to pre-COVID-19 levels as markets look to successful vaccine rollouts, and Australia’s exports of commodities central to new and low-emission technologies are set to surge in the next five years.

From an estimated $1bn in 2020–21, lithium exports are set to rise more than five-fold.

Nickel exports are expected almost double, while copper exports are set to increase by a third.

Revenue from these three commodities combined are now set to exceed current thermal coal revenue in real terms by 2025-26, as Australia’s resources sector captures growth opportunities presented by new technologies and energy systems that are evolving.

“The rollout of an effective COVID-19 vaccine presents the opportunity to bring the pandemic under greater control in major economies in the first half of the outlook period,” Resources and Economics Quarterly says.

But it cautions that one downside risk to the forecasts is for substantial delays in the successful rollout of effective COVID-19 vaccines to a large number of the world’s working population.

Another “downside risk” is the “extent of further disruption to Australian resource and energy commodity trade with China”.

Thermal coal is expected to fall 28 per cent to $15bn and stay there for the next five years.

LNG exports are also expected to fall by 31 per cent to $33bn before recovering to $45bn.

“An effective COVID-19 vaccine rollout and consequent global economic rebound is projected to see the gold price slide from US$1700 in 2021 to US$1210 an ounce in 2026 in real terms,” the report says.