Iron ore is saving Australia’s trade with China. How long can it last? 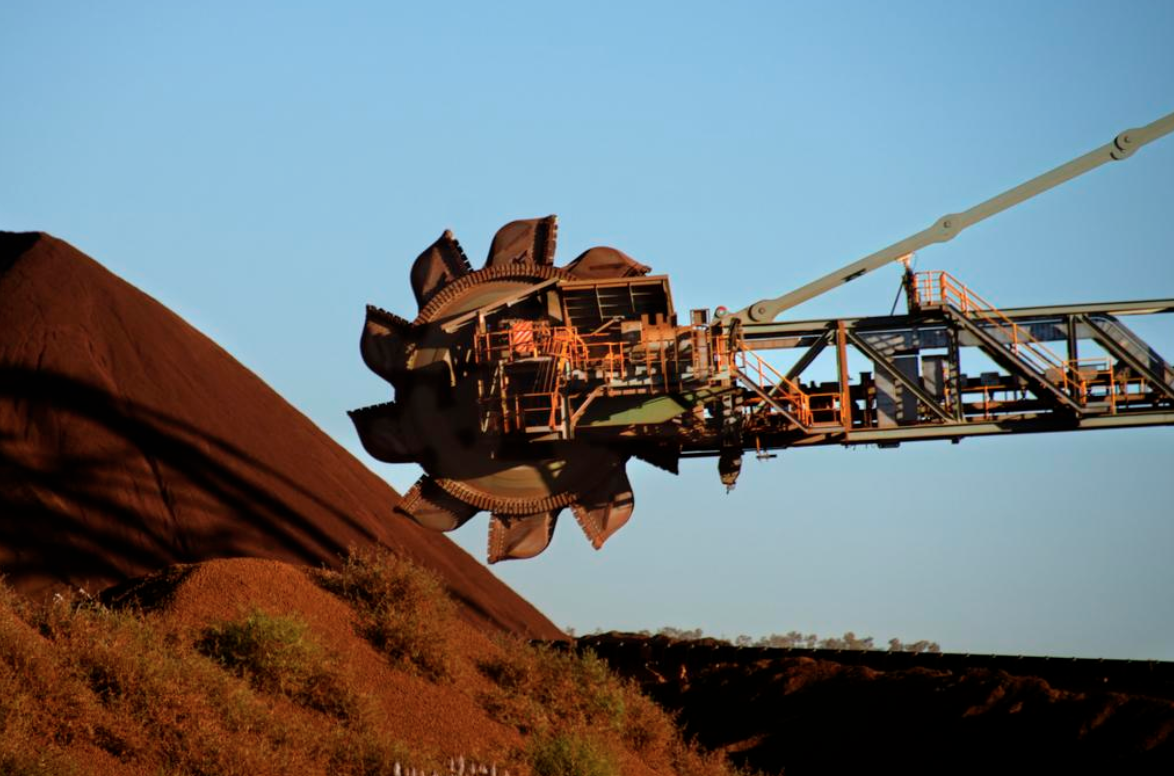 Australia is the world’s largest producer of iron ore, mining more than 910 million metric tonnes in the 2019-2020 financial year – almost twice as much as its nearest competitor Brazil. Credit: Auscape/Universal Images Group via Getty

Wine and wheat. Lobsters and logs. Beef and barley. If Australia exports it, China has likely put up barriers to entry over the past year, as diplomatic relations between the two countries rapidly deteriorated.

Australia is the world’s largest producer of iron ore, mining more than 910 million metric tonnes in the 2019-2020 financial year, according to the Australian government, almost twice as much as its nearest competitor Brazil

Iron ore is a vital component in the production of steel, and with China embarking on a $500 billion infrastructure spending spree to help the economy recover from the pandemic, Beijing’s need for it has never been greater.

Diplomatic relations between Australia and China fell into a deep chill one year ago, after Prime Minister Scott Morrison called for an independent investigation into the origins of the COVID-19 pandemic which threatened to challenge Beijing’s narrative of the viral outbreak.

The Chinese government said Morrison’s request was “political manipulation,” and since then Australian exports to China have faced growing barriers to entry.

Overall Chinese investment in Australia plunged 62 per cent in 2020.

And tensions are still getting worse. On Thursday, Beijing announced the “indefinite suspension” of the China-Australia Strategic Economic Dialogue, which only met for the first time in 2014.

But experts said that unlike wine and coal, it would be tough for China to find new sources of iron ore any time soon. That means Australia’s largest source of trade revenue may be secure.

“It isn’t that easy for them to get into a new round of trade wars over this particular product.”

For more than two decades, China and Australia have helped rapidly grow each others’ economies through a soaring trade in raw resources, especially iron ore and coal.

In 2000, at the beginning of China’s economic boom, Australian exports to the country were just over $A6 billion. Fifteen years later, China is Australia’s largest trading partner by far in terms of exports and total value of trade – overtaking Japan, the US, South Korea and New Zealand – with exports of almost $A92 billion.

Some economists claim the mining boom in Australia helped the country avoid recession during the global financial crisis in 2008. 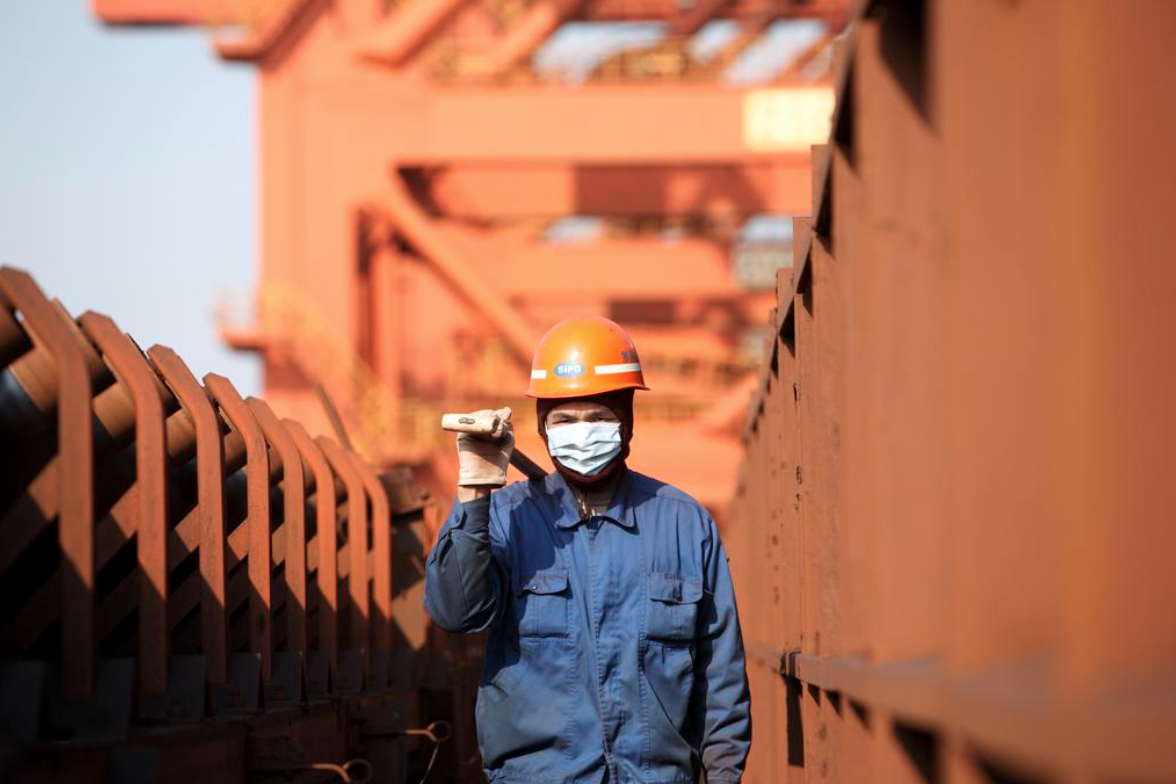 China’s economic boom and hunger for natural resources was a blessing for Australia. Credit: Qilai Shen/Corbis via Getty Images

The trade has remained strong over the years, despite rising political tensions between Beijing and Canberra — including new legislation designed to limit foreign interference, introduced by Australia in 2017.

By 2019, almost two-thirds of China’s iron ore came from Australia, more than it imported from Brazil, South Africa and India combined, according to the Observatory of Economic Complexity.

At the same time, iron ore made up almost a quarter of Australia’s entire exports in 2019, 81.7 per cent of which went to China.

The lack of diversity in Australia’s exports leaves it vulnerable to any major impact on its main sources of revenue, experts said. And while there could be other markets for the country’s iron ore, they might take time to develop.

“China’s making up around four-fifths of Australian iron ore exports, so what that tells me is we don’t have too many other destinations that we do business with in a big way,” said Sean Langcake, principal economist at BIS Oxford Economics in Sydney.

But economists said while Australia may eventually locate new buyers for its iron ore, it would be much more difficult for China to find new sources of iron ore to power its economy.

Australia produces a higher amount of hematite iron ore than any other country, which contains a larger quantity of usable iron than itabirite or magnetite. According to the Minerals Council of Australia, hematite usually contains more than 50 per cent iron compared to as low as 16 per cent in magnetite.

Economist Langcake said it was easier and cheaper to process ore with a higher iron content, making it more attractive to steel producers.

In a report released in February 2021, the Minerals Council estimated that Australia has more than three times as much magnetite resources as its nearest competitors Brazil and India. China is believed to have none.

“With China still experiencing significant growth and new frontiers expanding in South and East Asia, Australia’s standing as a low-cost, reliable supplier of quality iron ore puts it in a strong position to continue as a provider of choice for global steel makers,” Minerals Council chief executive officer Tania Constable said in a statement.

At the same time, experts said Australia was a regular and reliable supplier of iron ore to China, partly due to its stable political system and economic environment.

A report from the United States Geological Survey in 2017 found that while Brazil and India’s iron ore production has risen and fallen over time, Australia’s has reliably grown every year from 2000 to 2015.

While Brazil seems like it would be a natural alternate source for China’s iron ore, its production has been damaged over the past decade due to a series of disasters which have disrupted major mines.

In 2015, mining company Samarco had to pay $US6.2 billion to the Brazilian government after a dam collapsed at one of its sites, burying a village and killing 19 people. Four years later, another dam burst at an iron ore mine in southeast Brazil, killing 270 people when it flooded the workers’ cafeteria and dozens of homes under a wave of toxic sludge.

Shane Oliver, chief economist at AMP Capital in Australia, said Brazil’s poor handling of the coronavirus pandemic in 2020 and 2021 has also set back production, while Australia had mostly brought the disease under control.

“It is virtually impossible for China to replace Australian iron ore in the short term,” Oliver said. “They’d still have a shortfall … It took a long time for Australia to build up so it will take a long time for other countries to do (the same).”

Even the valuable trade hasn’t been able stop calls from both countries to diversify their iron ore business.

In March, an Australian parliamentary committee released a report calling on the government to prioritise finding “opportunities for Australia to diversify its export markets.”

“India, Vietnam and Indonesia, in particular, present valuable opportunities for Australian businesses. As such, ensuring access to these markets should continue to be a priority for the Australian Government,” the report said.

Over the past year, Chinese state-run media has been pushing for Australia to be cut out of the iron ore trade. In April, the state-run tabloid Global Times reported that Chinese companies were exploring opportunities to export iron ore from Africa. 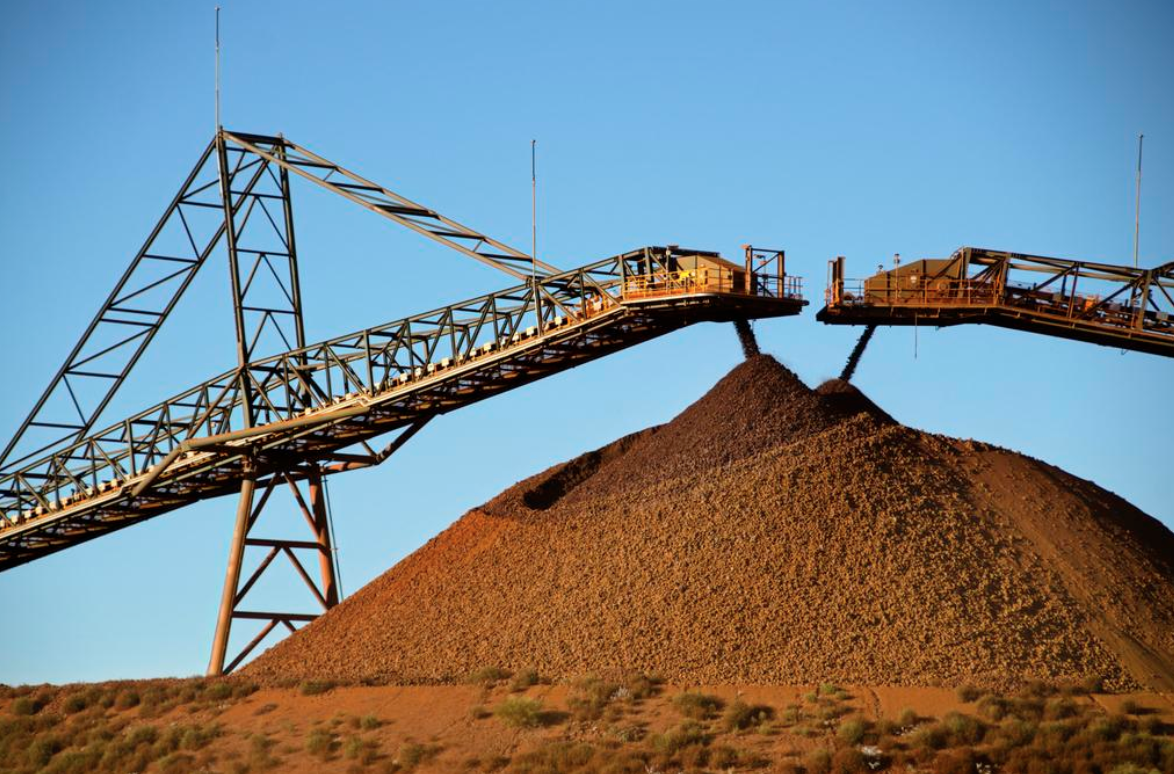 Ore handling plant which crushes and mixes the iron ore until the correct blend is produced. The iron ore is then moved by conveyor belts to storage facilities prior to transport. Credit: Auscape/Universal Images Group via Getty

It quoted an expert who said that Australia’s move to help the United States “contain China” had “seriously lowered Chinese companies’ favorable assessment of Australia”.

Both Langcake and Oliver said it was likely both China and Australia would look to diversify their trade relationships slowly over the coming decades, given the growing political divide between the two countries.

But with the iron ore trade likely to continue as a major driver for economic growth in both China and Australia, the two countries might be stuck with each other for the foreseeable future.

Tang, from Hong Kong University, said diplomatic ties between the two countries could only deteriorate so much when they were still linked by iron ore.

“It’s really a calculation between economic losses and political gain … I think there would be some overall constraints on how far they can go,” he said. “I remain optimistic.”