Iron ore boom to bolster Frydenberg’s war chest by $36b

Roy Hill founder Gina Rinehart made an early start on the dividend bonanza with a $1.35 billion first-quarter distribution to shareholders this month, while Fortescue is tipped to pay a total of $9.5 billion of dividends in the year to June 30. 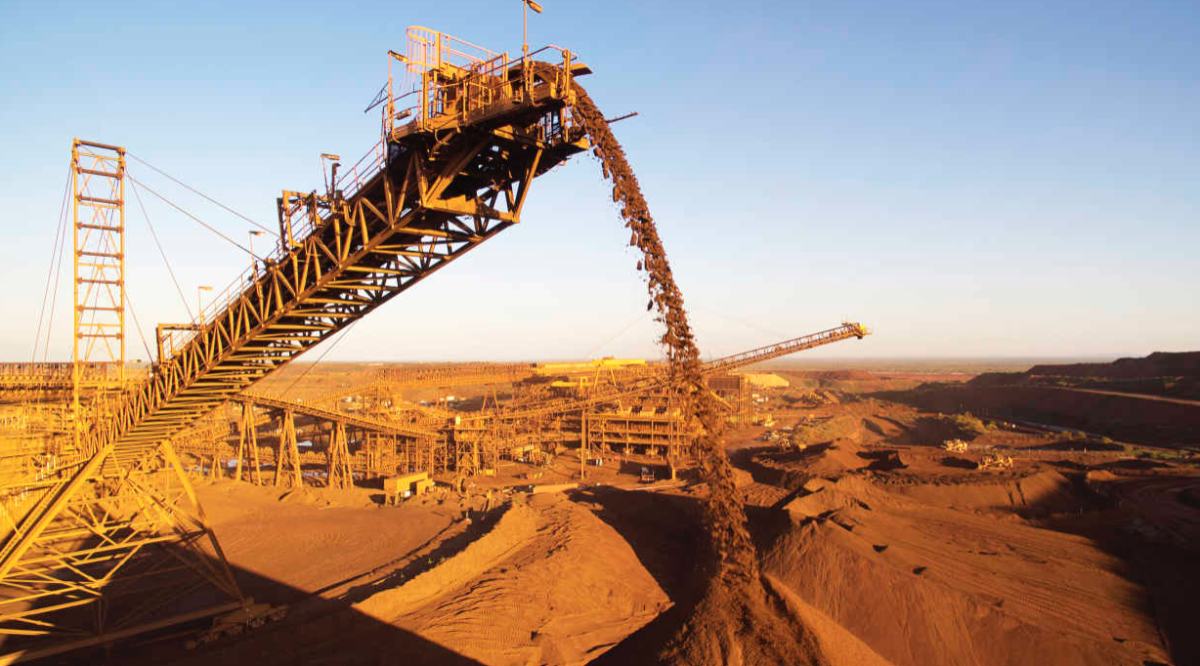 An extra $36 billion will flow to federal coffers if record iron ore prices persist until Brazilian supply resumes at full capacity, giving the Morrison government extra financial firepower ahead of the next election.

Australia’s biggest iron ore rival, Brazilian miner Vale, does not expect production to return to full speed until the end of next year, suggesting Treasury can anticipate at least a further 18 months of iron ore prices above the $US55 a tonne currently forecast from the end of the September quarter.

The iron ore spot price hit a fresh record above $US193 per tonne last week – about $US180 excluding freight costs. And while most analysts predict prices will not hold at these levels beyond July, China’s demand for the steel-making ingredient has repeatedly exceeded expectations.

In Australian dollar terms, the new record is about 27 per cent higher than the previous peak because the local currency is significantly weaker than during the commodity’s high in February 2011.

Economists conservatively forecast an increase of $2 billion in additional tax receipts for every $US10 increase in iron ore prices, meaning Friday’s spot price of $US191.60 would add $36 billion to budget forecasts if continued over the 18 months that Vale needs to rebuild from catastrophic dam disasters.

According to Treasury sensitivity analysis, federal coffers will already be upwards of $6.1 billion better off over this year and the next by the time Treasurer Josh Frydenberg hands down the budget on May 11, thanks to stronger than expected prices since the December budget update.

The iron ore boom will trigger a dividend bonanza in the coming months, with Rio Tinto and Fortescue Metals Group on track to report record profits of $US17.6 billion ($22.6 billion) and $US8.8 billion respectively.

Prices will also carry BHP to its best result since spinning off a large chunk of its business in 2015, with a forecast profit of $US14 billion.

Australia is expected to export about 893 million tonnes of iron ore in the year to June 30, more than double the volume shipped when prices were last above $US190 in February 2011.

Economies of scale, a weaker Australian dollar and greater use of automation mean per tonne production costs are also much lower than in 2011.

Unit costs of production at Andrew Forrest’s Fortescue have declined from $US49 a tonne in September 2011 to about $US14 this year.

Roy Hill founder Gina Rinehart made an early start on the dividend bonanza with a $1.35 billion first-quarter distribution to shareholders this month, while Fortescue is tipped to pay a total of $9.5 billion of dividends in the year to June 30.

BHP and Rio are both expected to pay close to $US14 billion of dividends to shareholders for fiscal 2021 and calendar year 2021 respectively.

The additional budget revenue would be welcomed by Mr Frydenberg, who last week overhauled the government’s fiscal strategy, flagging a series of big-spending budgets aimed at driving unemployment below 5 per cent – a level not seen since the last mining boom in the mid-to-late 2000s.

With a federal election slated for some time within the next 12 months, the iron ore boom is offsetting some of the budget damage caused by the huge spending to combat the coronavirus and its economic consequences.

The trade surplus hit $8.4 billion as overall metalliferous ores reached a record high in March of $16.4 billion, with iron ore up 21 per cent, copper ore up 62 per cent, and coal exports increased $272 million, or 9 per cent, according to the Australian Bureau of Statistics.

Exports to China leapt 17 per cent or $1.9 billion in March, largely driven by huge iron ore volumes to China, which alone were up $1.3 billion to $10.1 billion for the month.

The price of iron ore has more than doubled in the past 12 months, strongly supported by Chinese demand amid a global building boom funded by fiscal spending aimed at infrastructure.

Chinese demand for steel is traditionally strongest during the northern summer and that seasonality, combined with Chinese government policy moves this week to take the heat out of the steel sector, has convinced analysts to forecast prices will be lower by Christmas.

“It is not yet clear if this is a genuine turn in demand or just the effect of disruptions across the manufacturing chain (for example due to auto chip shortages) or a temporary push back from consumers due to high prices.”

Last year’s federal budget forecast a drop in the iron ore price to $US55 a tonne free onboard by the end of the June quarter; that forecast was updated to the end of the September quarter just two months later in the December mid-year budget update when spot prices hit $US145 a tonne.