Gina Rinehart confirms bet on high grade iron ore with magnetite mine buy. Hancock will pay $9m for a 30% interest and can increase that to 51% by fully funding a PFS.

Gold miners suffered an earning’s season most probably would have like to forget in February, as labour shortages, Covid, cost pressures, sliding profits and falling dividend yields were the order of the day.

But many claimed they were looking at stronger second halves and the first set of results out of the sector is looking more positive than the tail end of 2021.

Gold Road Resources (ASX:GOR) says it remains on track to deliver a ramp up in production over 2022 at the Gruyere gold mine it half-owns with Gold Fields, saying it’s had no material impact from Covid-19 since WA’s outbreak began.

It’s a very different note to that struck by Westgold Resources (ASX:WGX), which last month said it had lost over 5,000 man-hours across its workforce resulting in a 3-4% hit to production in March.

Gruyere delivered 71,135oz of gold on a 100% basis in the March quarter, compared to 67,813oz in the December quarter, with two scheduled shutdowns of SAG and ball mill relines now completed.

Also debt free for the first time since 2017 is Gascoyne Resources (ASX:GCY), which said today it produced a record 21,319oz of gold in the March quarter.

The company, which was the subject of a strange three cornered corporate takeover stoush between it, Westgold and the junior Gascoyne eventually merged with Firefly Resources, has $41.2m in the bank after paying $10m to repay its convertible note facility on March 31.

“We are continuing to take deliberate and meaningful steps towards becoming a more financially independent, consistently cash-positive gold producer. Our multi-faceted strategy to simplify our financial structure and increase the head-grade at Dalgaranga is starting to bear fruit, as evidenced in these outstanding March quarter results,” Gascoyne MD Simon Lawson said.

“Our debt-free status gives us greater financial flexibility, our unhedged position allows us to benefit from current strong gold pricing, and our mining team is fully engaged in delivering the right rocks to our
efficient and well-maintained +2.5Mtpa process plant.” 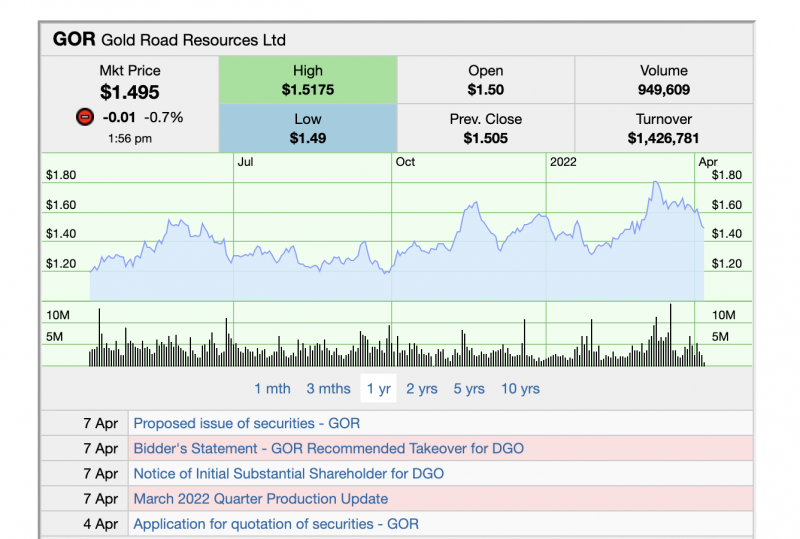 The minutes of the March US Fed meeting are out and gold producers will have breathed a sigh of relief there were no hawkish surprises from their contents.

The Fed held off on a 50bps rise, preferring a 25bps rise due to the Russian invasion of Ukraine.

More 50bps rate rises could be coming later in the year, but inflation is also moving ahead at pace, delivering a relatively neutral environment for gold prices.

ANZ is one of many institutions that has turned bullish on gold in recent times due to the growing geopolitical risk and economic uncertainty arising out of the war in Ukraine.

Australia’s richest person has made her fortune off the Pilbara’s vast hematite iron ore resources in WA’s north through her share in Rio Tinto’s Hope Downs project and more notably the privately owned Roy Hill mine, a dividend which powered Hancock to the country’s richest private profit ever in 2020-21.

But the tide is turning in steelmaking and higher grade products like magnetite concentrates (which are processed into super premium products from lower grade in situ resources) will find greater favour because they can be used in lower emissions steel tech like direct reduced iron.

She is not the only major sniffing around the Yilgarn in WA’s south to develop a magnetite operation. Mineral Resources (ASX:MIN), which operates the lower grade Koolyanobbing mine, is researching a potential magnetite development in the Yilgarn.

Up in the Pilbara, fellow billionaire Andrew Forrest has also committed to expanding its high grade production, with Fortescue Metals Group (ASX:FMG) planning to open the US$3.5 billion 22Mtpa Iron Bridge magnetite mine in the December quarter. 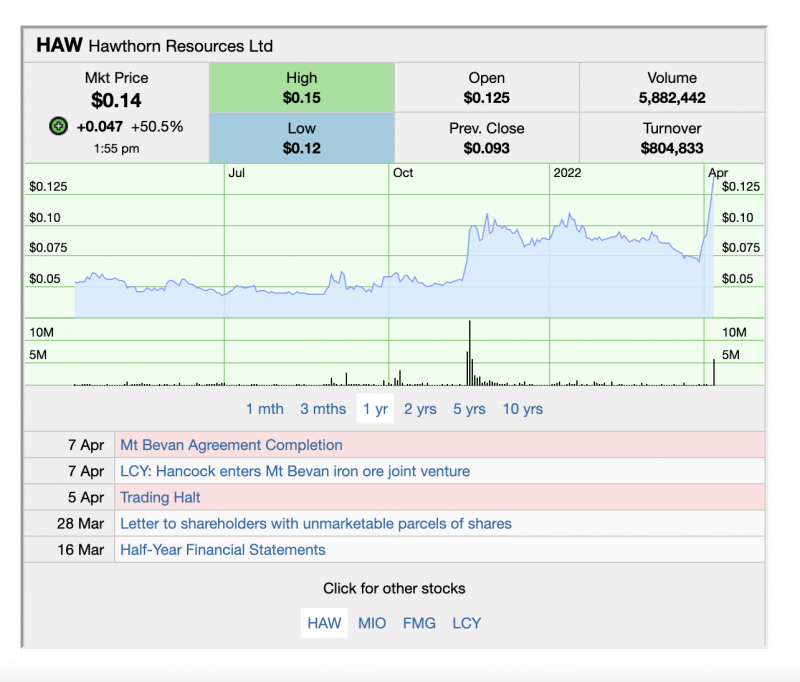