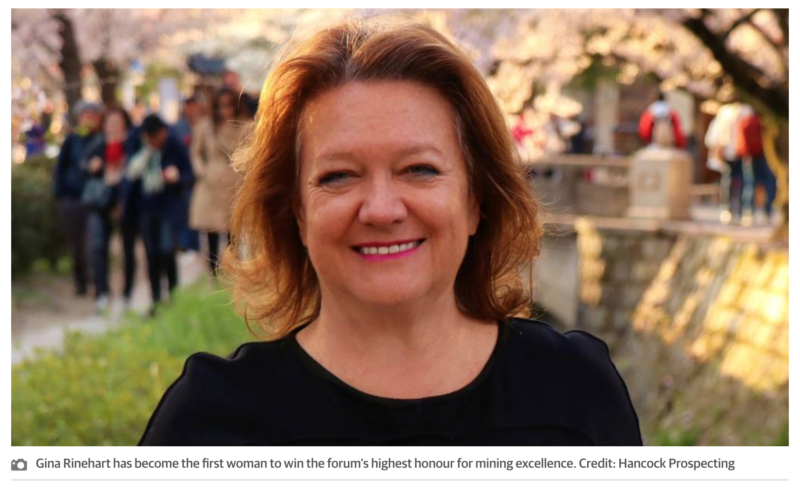 Named after late forum founder Geoffrey Stokes, the award honours someone who has made an exceptional lifetime contribution to the mining industry.

And the Hancock Prospecting owner is as big as it gets in the WA resources sector, having been a top tip for the award for years before her crowning at tonight’s gala dinner at the Goldfields Arts Centre.

Now boasting an estimated $21.2 billion fortune, Mrs Rinehart was born in Perth but spent much of her time as a young woman at her parents’ sheep and cattle stations in the Pilbara.

She took over chairmanship of her father Lang Hancock’s company in 1992 after his death, subsequently forming a plan to turn around the financially struggling exploration vehicle.

Mrs Rinehart organised a State agreement to secure the Hope Downs tenements in the Pilbara, forming a joint venture with Rio Tinto in 2005 that took the project into production within two years.

She is the primary owner of the privately owned Roy Hill mine, a 60 million tonne-a-year operation in the Pilbara that employs more than 2000 people.

Her selection was the sole win for the iron ore sector in a year dominated by excitement over record gold prices and booming Australian gold production.

ASX-listed mid-tier producer Ramelius Resources was named the Digger of the Year after delivering a 420 per cent rise in net profit across its WA gold mines.

Ramelius beat the top end of its guidance by 24 per cent in the June quarter on the way to record financial year production of more than 230,000 ounces of gold.

Pilbara gold explorer De Grey Mining won the Best Emerging Company award. Its shares have soared from 5¢ to $1.34 this year on the back of its Hemi discovery in the Pilbara, catapulting its market capitalisation to $1.7b.

Mr Piper was honoured for his 15 years at the Perth-based imprint. During this time, he has travelled throughout Australia, Asia and Africa covering mining and exploration projects across the world. 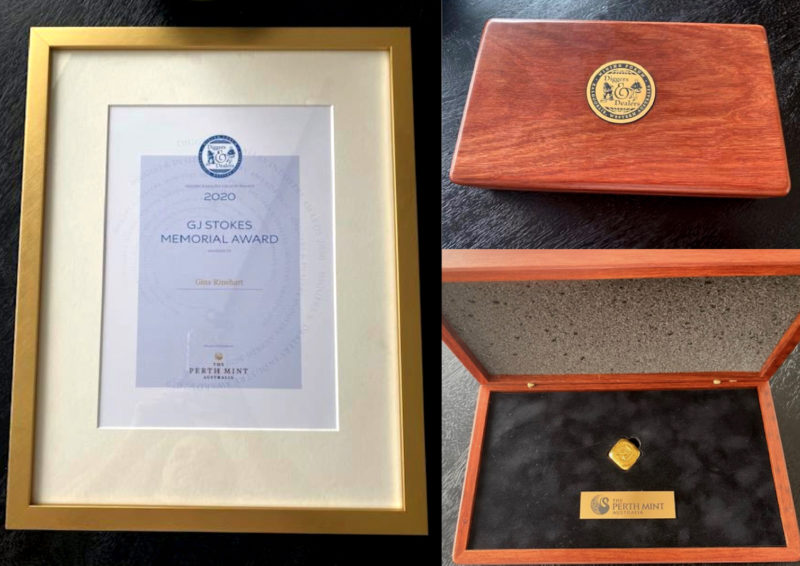